Ok, I admit it, there’s a reason why my retirement dreaming has been more in the direction of Alsace Lorraine than some place in the Amazon.  One word – SNAKES.  Oh yes. I have a big time, full on, beyond all reason, fear of snakes.  Any kind, and size is not a factor.  I know it makes no sense.  I’m an educated and generally intelligent woman but this is one of those totally irrational things and, let me just say, this kind of REALLY BIG FEAR is not what you want to take with you when you become a citizen of the world. 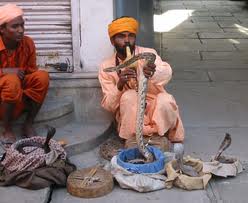 As a kid in Canada, I grew up spending summers at our cottage on Balsam Lake and there were snakes but I don’t remember worrying about them.  We did all the crazy kid stuff and sometimes we’d see one.  No big deal.  But, sometime between those carefree summers at the lake and high school in Southern California, this crazy fear slithered into my mind and has grown into a green eyed monster.  In high school, I  paper clipped the pages of my biology book together so I wouldn’t touch the snake pictures.  True story.  But wait, it gets worse.  In 1996 I took a trip to Belize and Guatemala. 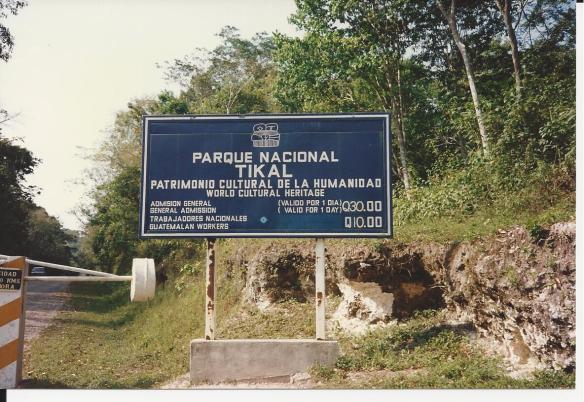 I was fearful of the jungle and what was lurking there, but I thought the best way to overcome my fear was to face it head on.  Right!  We were in Tikal hiking through the jungle to climb the Mayan pyramids.   It was dense and humid and we could hear the howler monkeys and parrots up in the trees.  I was pretty sure there was a big ole snake up there too, but we didn’t see any.   When we met a local guide/professor, I mentioned my fear of snakes.  He said “Don’t worry about snakes, they’re more afraid of you than you are of them”.  Ha!  Wrong-o!  And, then he said “Besides, you can smell them.  They have a very distinct and not pleasant smell.”  Really?  I did not know this.  I made it through the day and enjoyed every minute of this truly amazing experience. 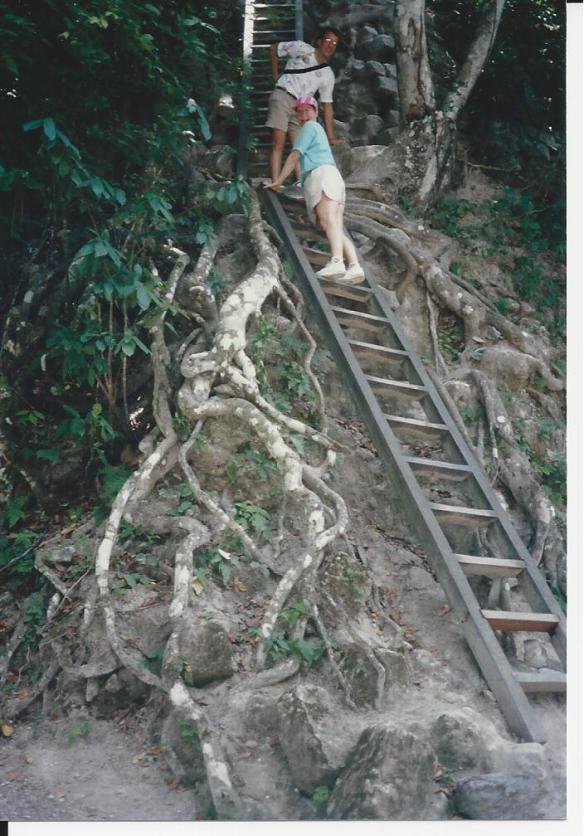 Yoo Whoo! Any snakes down there?

But, the next morning, my friend Don and I decided to take an early walk.  We followed a dirt road just outside of the park.  We walked for a couple of miles and every now and then we would see a large sign, in Spanish, that said “Danger Venomous Reptiles”.  Okay, a little concern started to creep in.  My friend said it was just to keep tourists out.  Hmmm.  Wouldn’t it be in English too?  We kept on going, but then without warning – a really bad smell.  I lost all reason and control.  I screamed SNAKE! then turned around and ran as fast as I could in the other direction leaving my walking companion standing there shaking with laughter.  I was terrified obviously, since I still remember it like it was yesterday.   It’s embarrassing to say the least, but truth be told, snakes represent all the ways that I let fear stop me from living life full out.  And there are plenty of them.  I won’t bore you with the list.

How do you suddenly become brave at 63 1/2?  I’m not sure really, but I’d like to figure it out.  Actually, I’d settle for braver.   I’ll probably never jump out of an airplane and I’m OK with that.  But, there are a whole bunch of places in this world that are really worth experiencing and I’m not sure I can go because there might be snakes?   Am I really saying that?  It sounds crazy even to me, but it’s kinda true.  For now.

All I know is that life is short and I want to live every minute with all the gusto I can manage and so, somehow, the fear has to go.  You can’t pack it in the rollie.  It takes up way too much space and it definitely weighs you down.

Oh, and by the way.  Snakes don’t smell.  He was just messing with me.